Built in 1997, featuring a Ford 5.0 engine with a B303 cam and Holly 650 Carb.  The dash is sign by Dick Smith.  (In April of 2007, the racing community lost the legendary Dick Smith in a plane crash that claimed his life and that of his stepson, Kyle.  Dick was the owner and driver of CSX 3035, the famous #198 that set a speed record at Daytona with his original Cobra.) 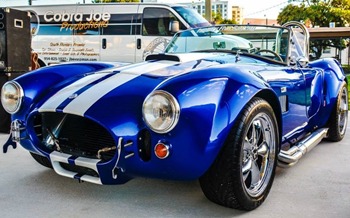 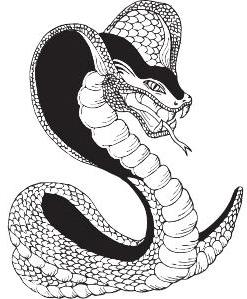 Cobra Joe Productions is taking car shows to the next level for South Florida and surrounding areas.  We are not only claiming it, we are proving it.  Our philosophy is simply that any and all car shows and events should be enjoyable for both participants and spectators alike.

We have many plans for future car shows and other events that will separate ours from some of the "run of the mill" events that are typical in South Florida.  Our car shows are open to hot rods, customs, muscle cars, tricked-out trucks, classic motorcycles, late models and, of course, the classics.

Many thanks to Oldies' DJ Rockin' Rich Bedford, our sponsors, vendors, car show participants, and good friends who have made our car shows and other events a success!

So come join us as we celebrate with cool cars, cool people, and good times!